The training plan called for an hour of steady state but I gave up after 6 kilometers.

The same weights session as a week ago. I am starting to like it. That probably means that we will get a new session next week.

Romana has already done the session earlier and told me it is short and not hard.

She was wrong. The session is probably really short and light, but not when you are tired from a hard weights session on the previous day, and when you are a bit short of sleep and have a lot going on at work. 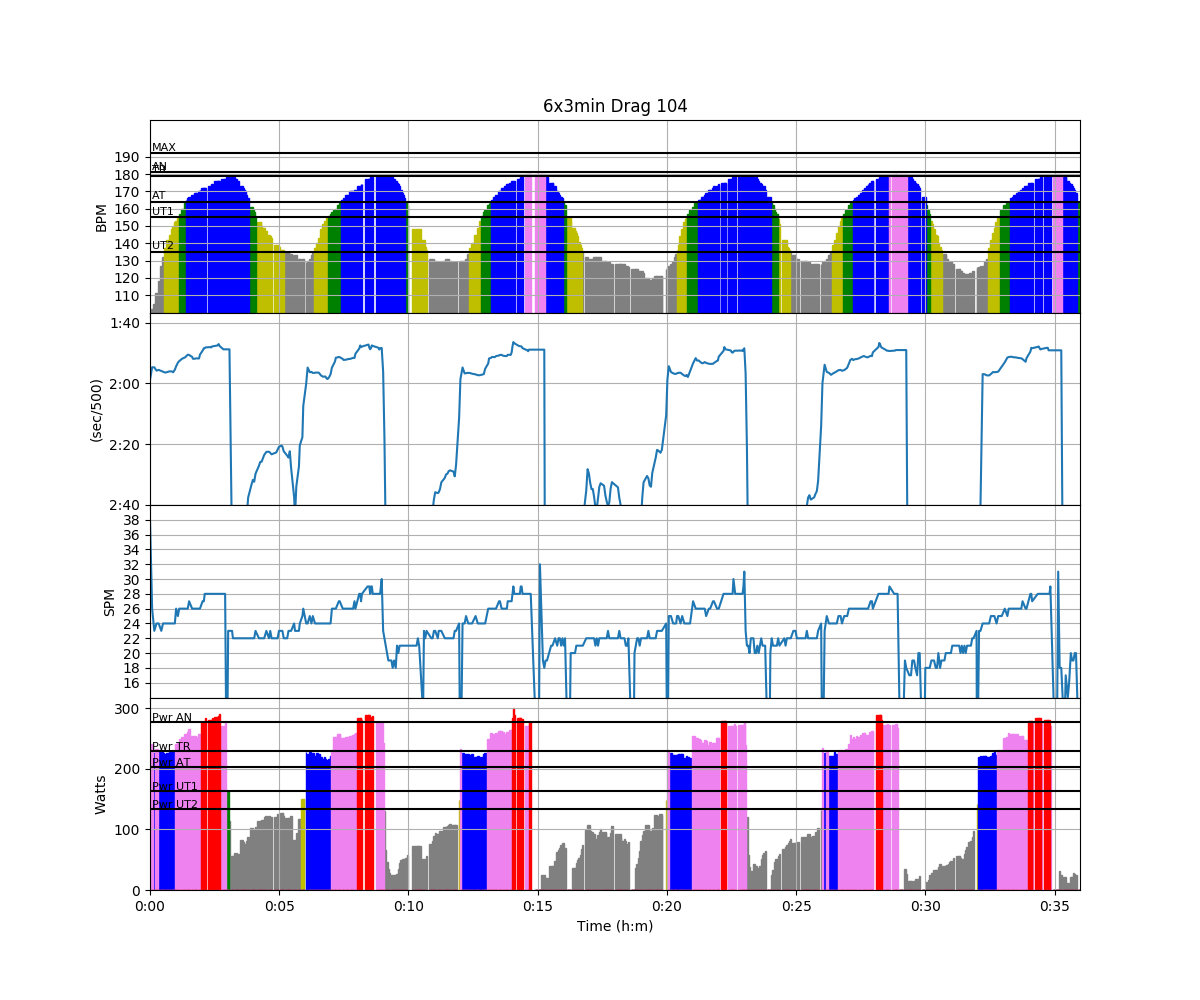 Those were the instructions. Sounds easy.

I huffed and I puffed.

I moaned, and then it was done. Another workout. I am going to bed early today!

Sprints getting longer at shorter rest Lots of snow