It was a little more complicated than normal to get to our rowing lake. In the morning, I had brought for the biannual technical inspection and a regular service, and after lunch they called me that there were delays at the technical inspection station, and if it would be a problem to get my car done on Tuesday.

No problem. Took train home, then scooter to the lake, which gave me an opportunity to change from business casual to shorts and a t-shirt, which was pleasant given that the temperature was around 30C.

That is pretty tough. I was hoping to do 3 or 4 sets. I also wanted to focus on a light catch, avoiding boat stopping during the recovery, etc. Unfortunately, I had forgotten my Android phone so I couldn’t use the Quiske pod and their RowP app. 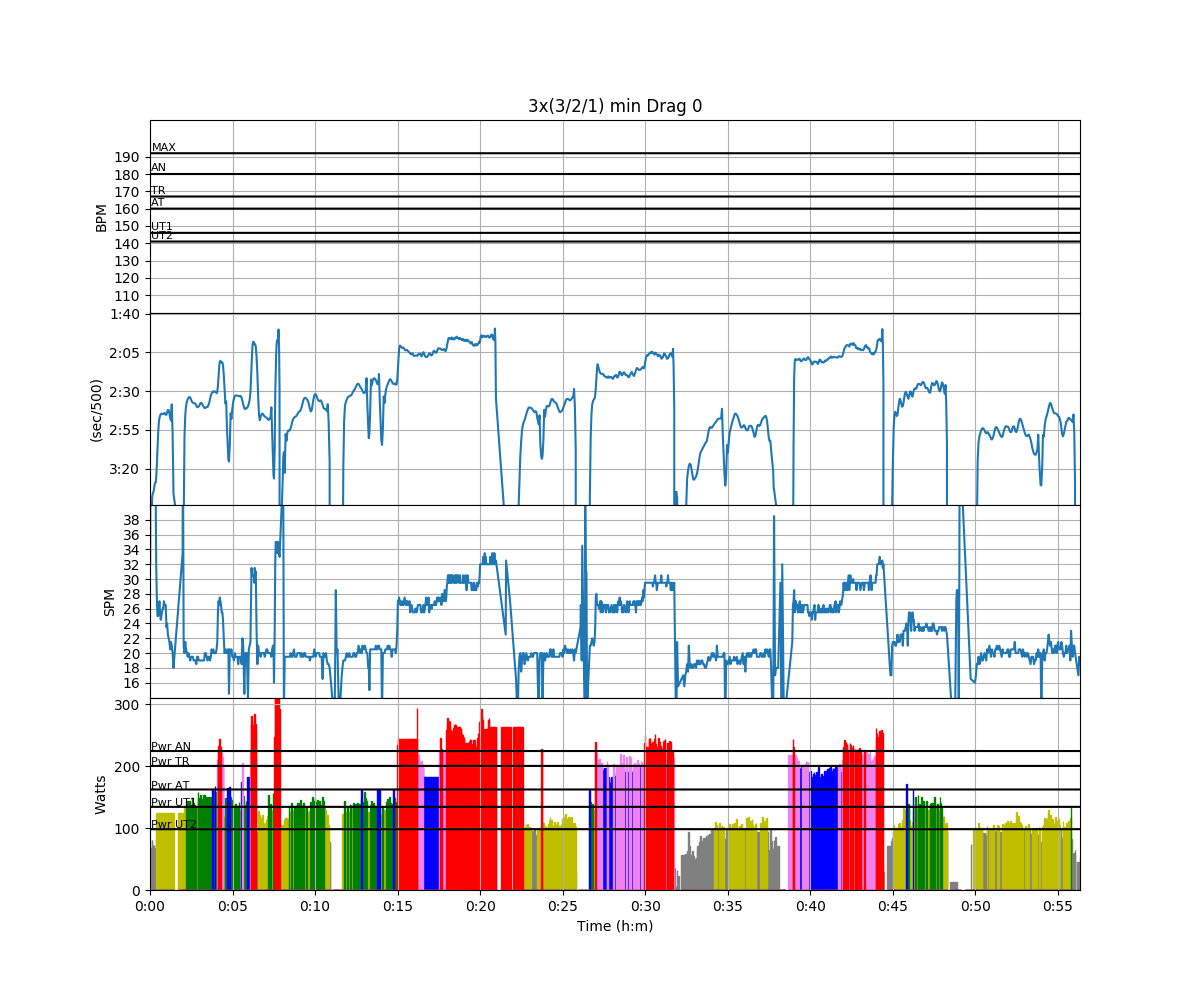 I paddled up the lake to Rokle, using the new traffic pattern, crossing the 2k course and continuing all the way to the right bank before continuing towards Rokle (highlighted on the map below): 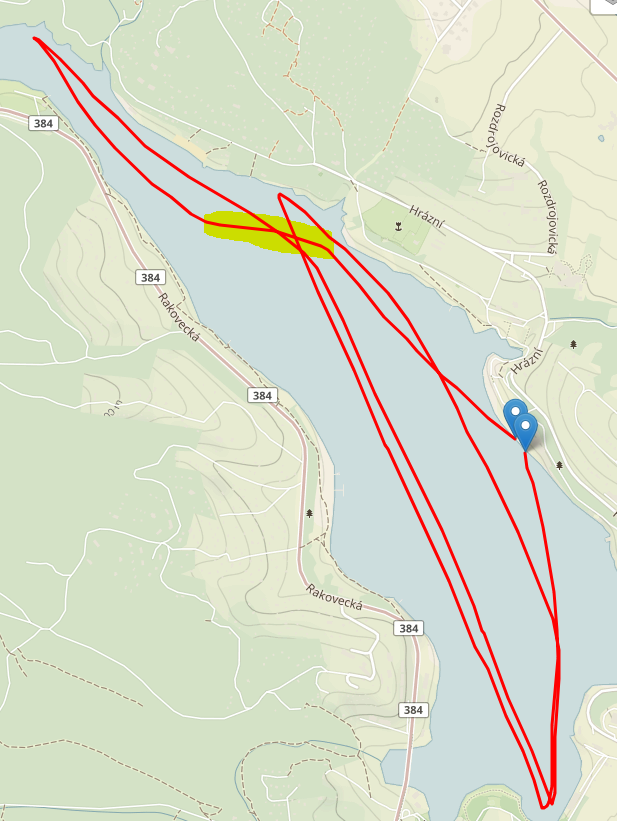 I couldn’t start the workout at Rokle, because on hot summer days this place is like rowing in an outdoor swimming pool. The risk of bumping into someone who is blissfully unaware of a traffic pattern or any traffic rules on the water, grossly underestimate the speed of a single scull racing shell, or doesn’t realize that with only her head sticking out she is almost invisible for a rower, that risk is just too high.

I was running the workout in “Just Row” mode with the timer showing on the screen. That is the only way with the NK SpeedCoach to get the freedom to chose the number of intervals according to how the workout goes.

The workout didn’t go well. I did complete the first 3/2/1 minute series, but I didn’t reach 34spm and it completely wore me out. I had to stop, drink, dip my cap in the water to have some cooling and wipe the sweat off my arms and face. Then I paddled to the finish of our 2k course and I decided go for quality and take a longer rest.

I rowed the second interval in headwind, and focused more on the lighter catch. I thought I was doing well, but when it was time to raise from 30spm to 34spm, I just stopped rowing. These series have a crazy effect. You start off with 26spm and you really have to work hard to keep the rate down to 26 as it keeps creeping up to 28spm. You focus on boat run and everything is fine. Then you are finally allowed to raise to 30spm, which at first seems easy, but one minute into it you have to start counting strokes to manage. Then you are expected to raise to 34spm and do a one minute long 250m sprint. Good race simulation, but at yesterday’s temperatures, and this being the first time I do sprint race specific trainings, it was just too hard to manage.

I paddled to the start of the 2k course and got ready to do the third interval. Lightening up the stroke a bit more, I managed to get to within 30 seconds of the end of the interval, but I handed down again.

Then I paddled back to the dock. Lifting the single out of the water and carrying it up the hill I thought I was going to faint. I was really tired. I guess it’s a combination of an exhausting weekend, hot weather, and a stressful work day. Also, the workout was a tough one. I am going to redo it soon.

It is a little hard to compare because I had some longer Empower connection failures during the first interval, but I think the two intervals were essentially the same, and just a little higher in power and average & peak drive force, but that also translated in slightly faster pace. The water did get calmer and I think there was a slight tailwind in the first interval vs no wind in the second one, but I guess the speed difference could be entirely explained by me just pushing a bit harder (too hard to sustain, as it turned out) in the first interval.