No training. I need to change this as of next week. It’s nice to devote the Monday entirely to work, but I am seeing an increase in business travel in the near future, so I will need the Mondays for training.

An interesting morning at the rowing club. I tested the Randall foils. I have written an extensive report about it here.

Business travel to Prague. I took the 5:48 AM train.

I had an interesting meeting at the U.S. Ambassador’s residence in Prague. Then, as a substitute to exercise, I hiked from Prague 6 Dejvice to the center. So more than an hour of hiking. I took the 5:20 train back to Brno, but unfortunately, about 20km before Brno the train stopped. The train had hit a person, and they announced a 2 hour delay  because the police were investigating the accident. After about 30 minutes I left the train, walked back to the nearest train station and took a stop train to Brno. I was in bed quite late. 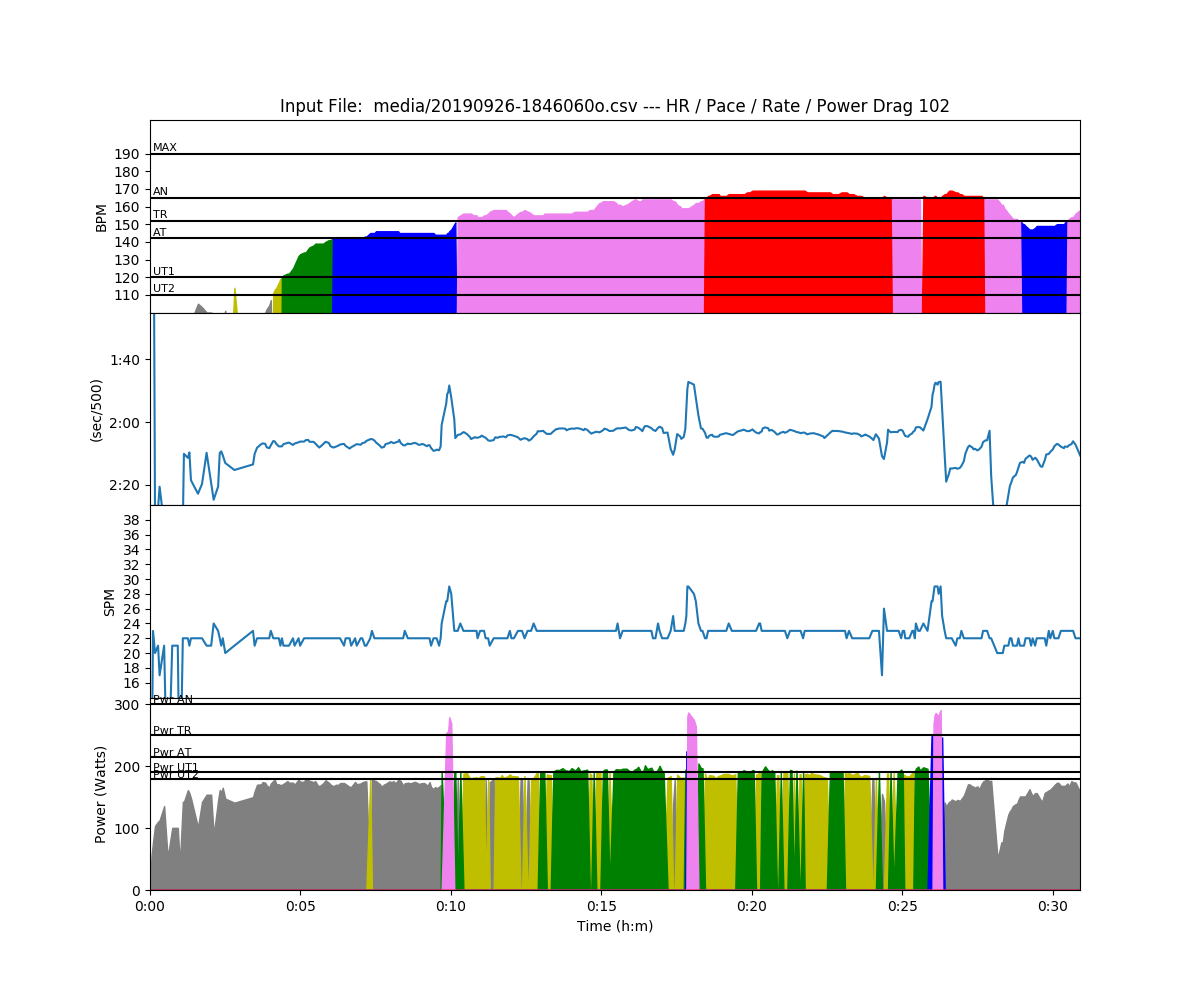 I had to do an erg session late in the evening, because it was the only time left. After about 30 minutes I gave up. My heart rate was too high and I didn’t feel very well rested. There was also an issue that was nagging me. I had been checking the financial situation of Rowsandall.com and the numbers didn’t add up. After the row I found the culprit. I had forgotten to check the PayPal account.

A pretty heavy weights session. Making progress on deadlifts and squats. The session ended with Plank and Plank to Push-up, which killed me completely. Happy though to have completed such a heavy session. In the week after WRMR I had too much accumulated fatigue to really go up with the weights.

On Saturday, I did the first (and last) 6k trial before next week’s 6k race. I did it on our lake, and I used the blades with the Randall foils. My body was hurting from Friday’s weights workout.

The idea was to hold 220W and let the stroke rate sort out itself. 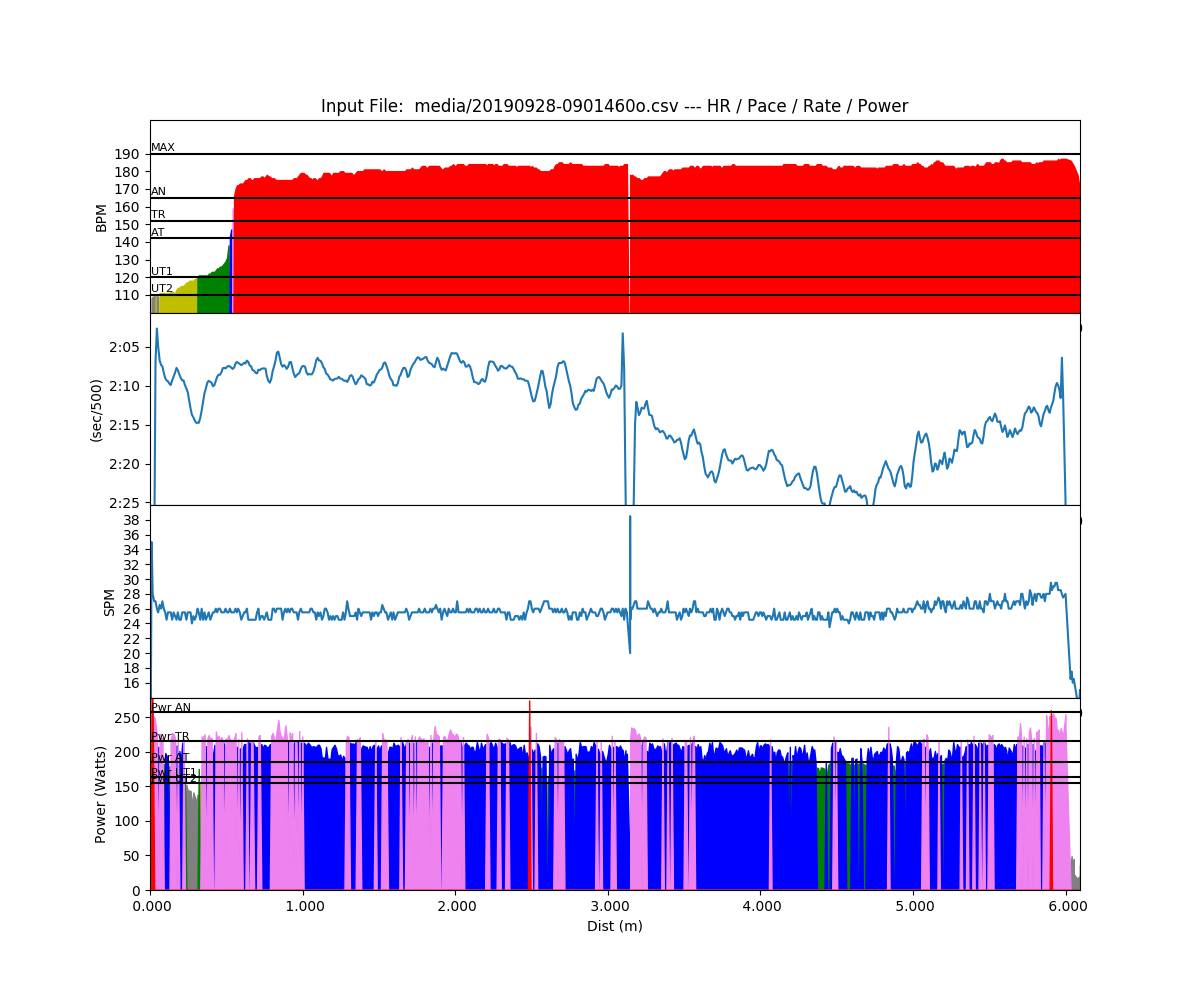 Turns out this was a bit too ambitious. I was pretty pleased to see the tailwind splits around 2:07 at 25spm, but when I turned around for the headwind 3km, the struggle started. On the positive side, I managed to fight off the handle down demons and kept pushing until the end, even though there were stretches where I was looking at a 2:20 split and really feeling like giving up.

I didn’t give up and completed the row.

I guess it wasn’t so bad, comparing it to a similar workout from two years ago: 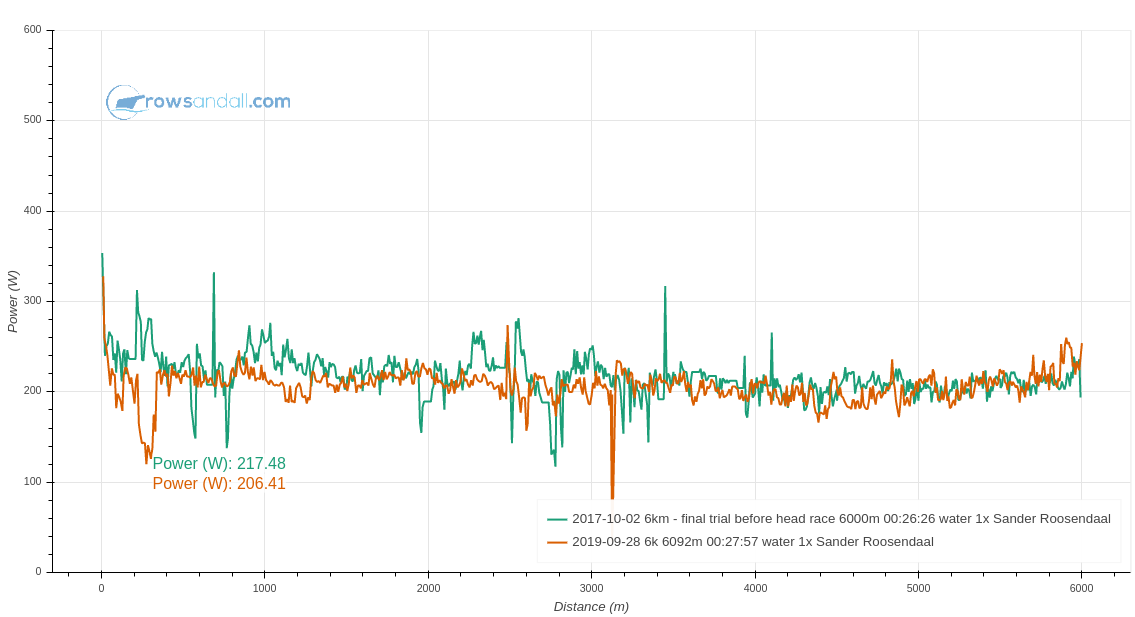 It’s another of those great, sunny September Sundays. This morning, I did some planning for next year’s rowing camps, then we went to the museum. The Technical Museum has an exhibition about the beginnings of sports in Brno.

That yellow boat in the back is a 2011 Empacher single, weight 65 to 75kg, and it’s the boat that won the 2012 London Olympics. Owned by the Czech Rowing Federation. I would love to try out that boat.

Most of the artefacts at the exhibition are from our rowing club. We got reprimanded by the guards for touching the artefacts. This was funny of course, because we were standing around boats and things that are normally lying around in our boat house and our repairs shed, so we touch and manipulate with them regularly.

For this afternoon, I have the choice of going to the rowing club to row the single, go out on the bike, or to row a steady state erg session. I think I will do the bike. It’s nice to do some cross training. I will go sculling tomorrow.