Saturday – technique row in the double

Last chance to row the double before leaving to India on a business trip. Romana and I did just 10k with lots of technique exercises. Watching the video from the Munich (winning) race had made her think about a few technique flaws, her being shorter and taking the catch slightly early.

I think the early catches were a specific of that race in Munich. We led the field so early and we were increasing our lead so fast that Romana was in unknown race tactics domain and mistook my shouts for calming down for power tens. Racing in CZ, it is almost always trying to come back from behind.

We had Martin Krocil with us in the launch and he confirmed, Romana’s timing was perfect. She was just a bit shorter.

We did some technique exercises to determine the exact catch length and then our focus shifted to the tap down and hands away. I had RowP (https://www.rowingperformance.com/) running in the mode that shows the boat acceleration.

This chart is showing averages over a few strokes recorded between 15 and 30 minutes into the workout. When running in real time you can see the boat acceleration of the last stroke. The interesting feature I should the little acceleration bump around 30% in the chart above. When our timing was good and synchronous, that bump was short and sharp. When the timing of the hands away was off, the bump broke down in two or three smaller bumps.

We also measured oar angular velocity and oar trajectory (on my right scull) but I didn’t look at it during the race. The only parameter I looked at now and then was the total angle reported by the RowP app, because without an Empower Oarlock on the double this is a good alternative way to look at stroke length consistency.

Here are the charts anyway.

It was a light training but that was good. Temperatures were already very high, even though it was only 10am. 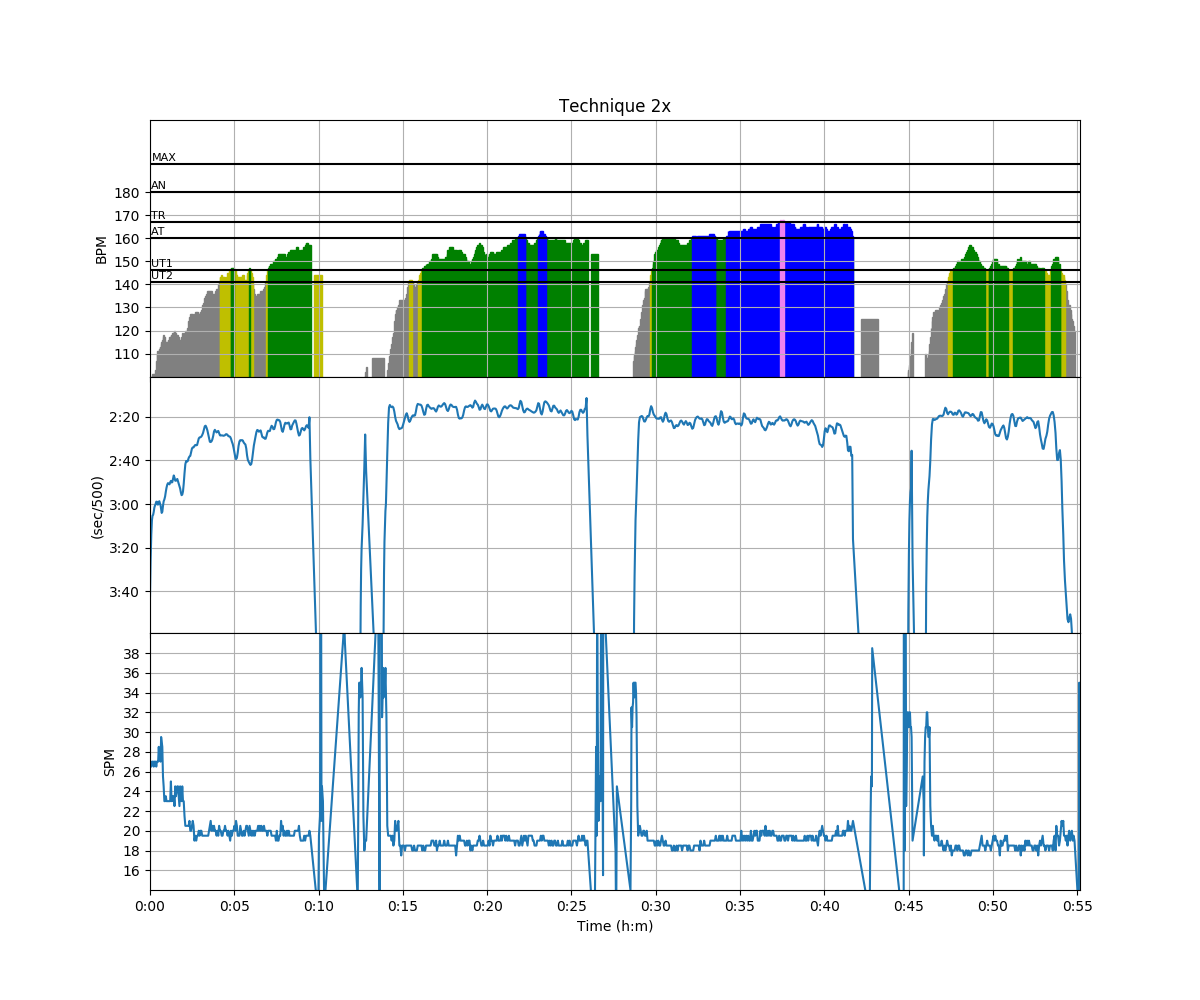