To the radio tower

Weights training. I had to go for my last shot related to the India travel in the morning. So I did the weights a little lighter than normal.

Went to a concert with my son. In bed after midnight.

No training? It depends how you see it. I spent four hours cleaning out the rowing club workshop, where we had stored lots of stuff during the reconstruction of the club house. It was a combination of physical work (lifting boxes, cupboards, boats, and other stuff), with that of an historian (deciding what to keep and what not). We have boxes full of trophies from the 1920s, 1930s, 1950s, and younger. Old coaching related literature, 1930s club house restaurant menus, etc …

Erg workout at the club, with some other masters. I went with their workout, which was sort of steady state but with lots of rest and alternating 20 and 24 SPM. Here is the main bit: 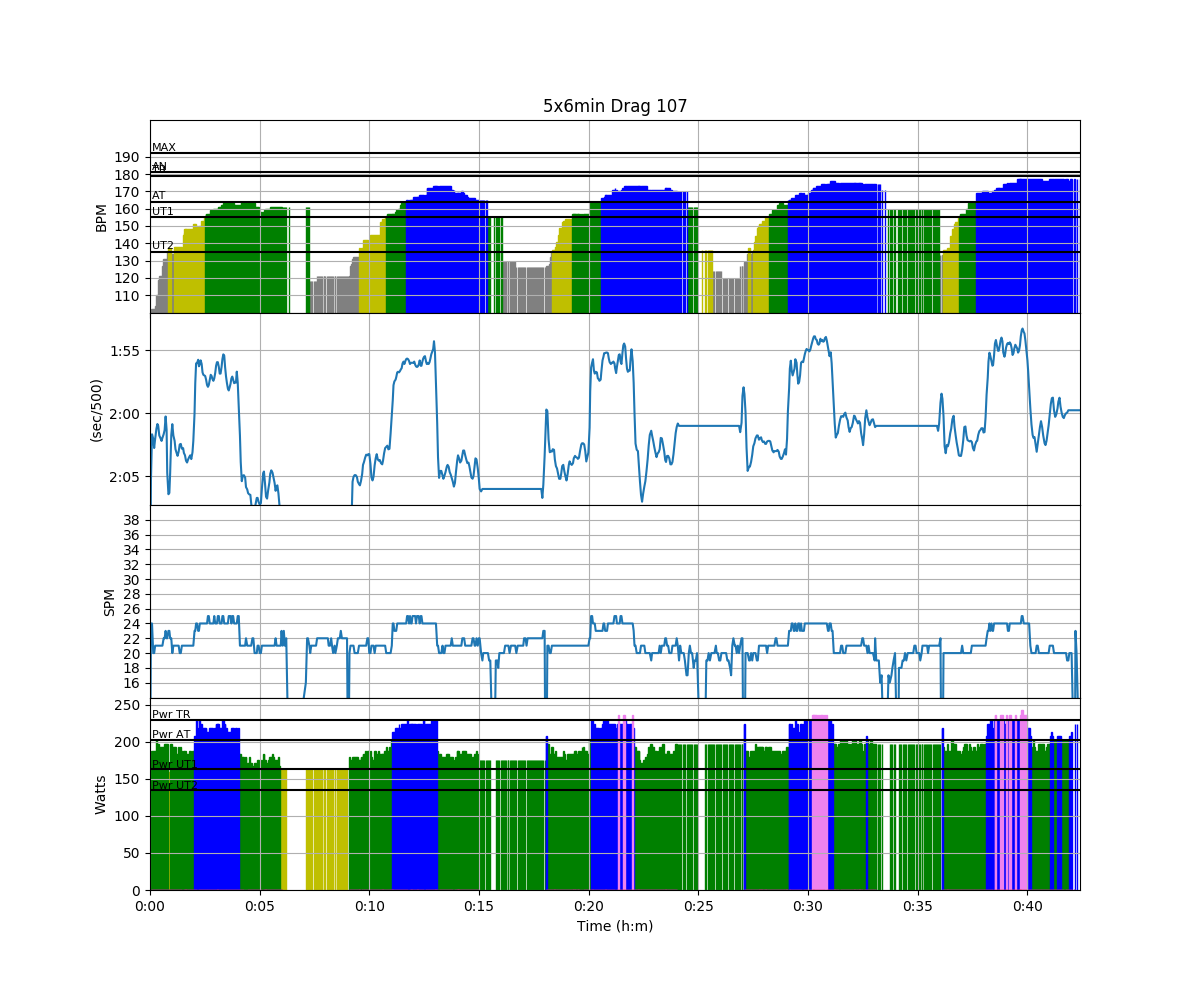 There was also a warming up and cooling down and a long stretching session.

On Monday, I had a long day at work with a few performance review with my subordinates. Exhausting. I decided to take a rest day and work on the Rowsandall.com site. Fixed a few bugs. Improved a few things.

The training plan prescribed otw rowing but the weather wouldn’t have allowed that. Windy and wet snow.

Today, the work day was nice and relaxed. It involved a one hour drive to the engine factory in Olomouc for a meeting with the Olomouc site leader. Had a coffee break on the highway on the way back, it felt nice to not be in an office. I returned in time to get some work done in the Brno office as well, so all in all a nice and varied day.

However, since my illness I have difficulty getting back into the rhythm. Had to force myself to go down to the erg basement and row. The erg seems boring and one dimensional after having tasted the OTW feeling again. I decided to dial up the “Mountain Loop” in Zwift (connected to the erg via the PainSled app) and force myself to Row/ride the full loop.

There were lots of people on Zwift, so I ended up riding the way up in a huge group, and stuck with a few guys who were about as fast as I. Riding up to the radio tower I got my heart rate up a bit too high, but it was fun, even though the splits weren’t were I would have liked them to be. 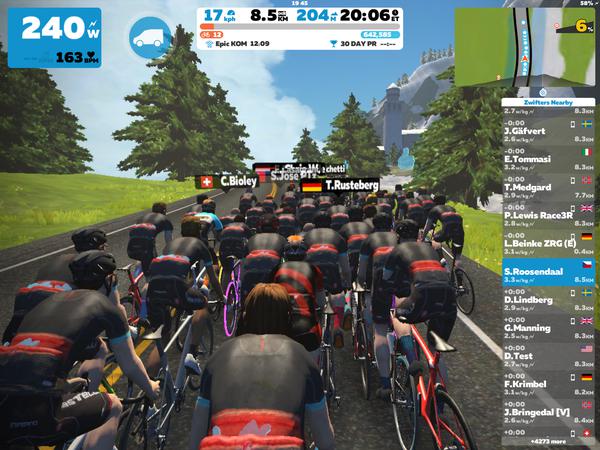 In the screenshots, I am the guy with the black/red striped shirt. In the end the workout was where I wanted it to be in terms of rScore. 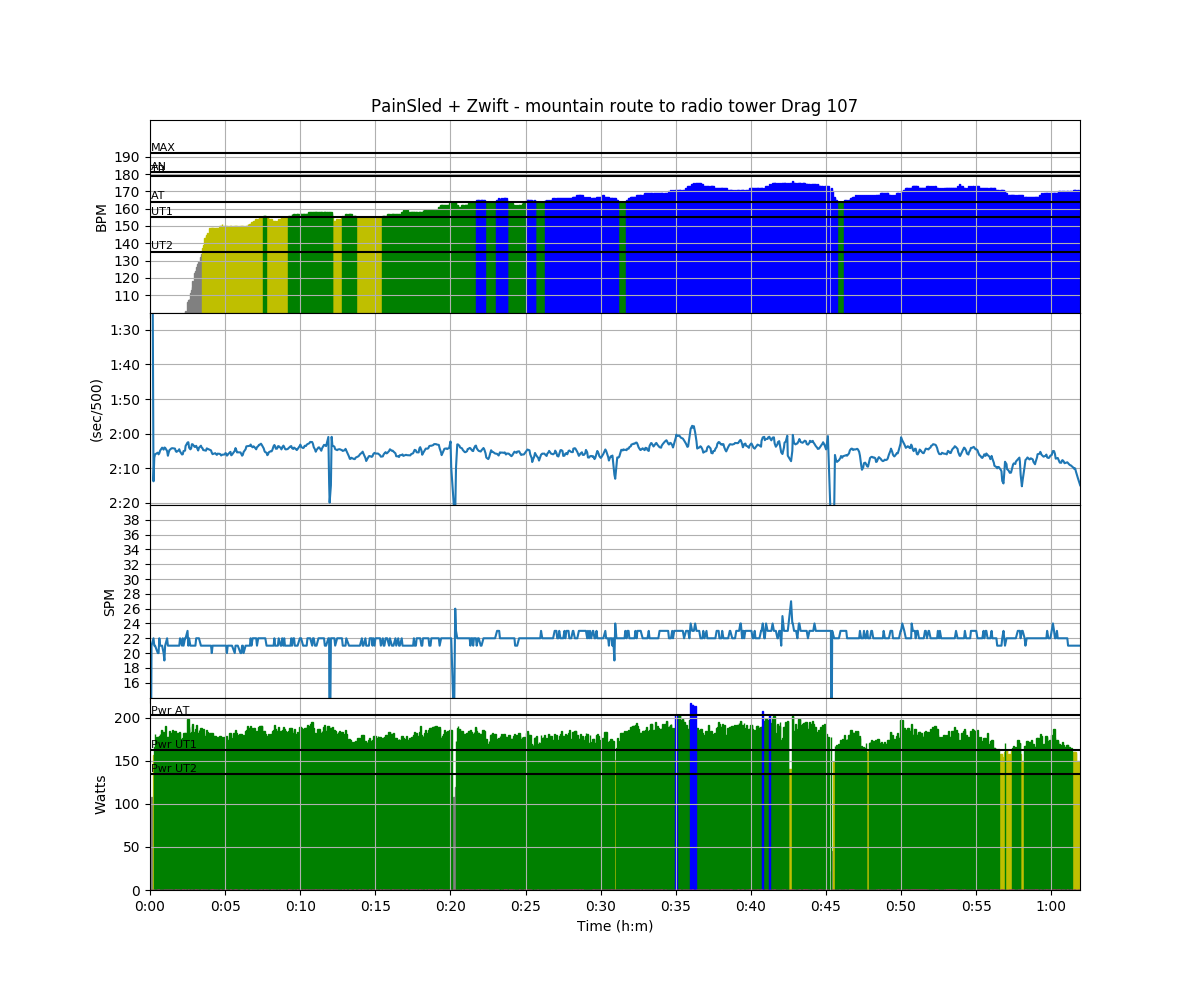 A lot going on actually

Body weight exercises. Several iterations of the Wahoo Tickr 7 minute set. I am going to do these ones more often. A short session but still feeling DOMS on Friday.

Erg session. 2 kilometers warming up. Then a 10k row. I tried to hold 180W and stay below 165bpm heart rate at the same time. Ended up at 178 Watts. Towards the end I ignored the heart rate cap and tried to get back to 180W average power.

I tried a 2x1min intensive bit before the cooling down. A busy day. In the afternoon, my sons visited me at work. We had organized a little event for kids where they could fly our airplane and helicopter simulators.

Then we headed to the rowing club. Dominik did an erg session and a circuit training. I went out in the single despite severe conditions on the lake. There was a lot of chop but when I reached the gorge it was just windy. It wasn’t sunny, unfortunately, it even rained a bit. Still, I took some pictures of Veveri Castle and the woods around it. The row was a light steady state session. Not too hard because of tomorrow’s race. Unfortunately, I forgot the heart rate belt at home, so no heart rate values. The headwind section: The comparisons were done on rowsandall.com.

On top of that I did a few good changes to the Critical Power parts of the rowsandall.com site. More about that another time.