I had to lecture my daughter about duties. Bleh, how I hated myself for doing that, but a minimum of homework needs to be done, and a minimum of good marks to be had. I believe that by reducing sofa hanging, chat-apping, and telephoning by 30% she can gain an hour a day extra for homework. I must help her more with math, but her bad marks in biology and geography can easily be improved. She just has to invest the time.

So duties … of which I have no few. One of them is to do a CTC each month to help the Free Spirits (and because it’s a fun duty).

Really sounds like fun. Well, I have to do short intervals more often in this part of the season anyway. I need to get accustomed to them.

Today there was no way I could make it to the lake, with a full day of work and then a school meeting, where it was pointed out to me that a certain young lady … but I digress.

Not sure about the pace, but I though 1:43 should be doable.

Counts as good training, I think

Picture blog from the boat Christening

Technique in the double

I had a day off. My parents had been visiting over the weekend and would fly from Prague today, so I took the train to Prague with them, had a nice walk through the old town and then took the train back to Brno.

Arrived at the rowing club at 6pm for a training in the double with Michal. We would do technique and steady state. There were high waves so we went out “under the castle”. 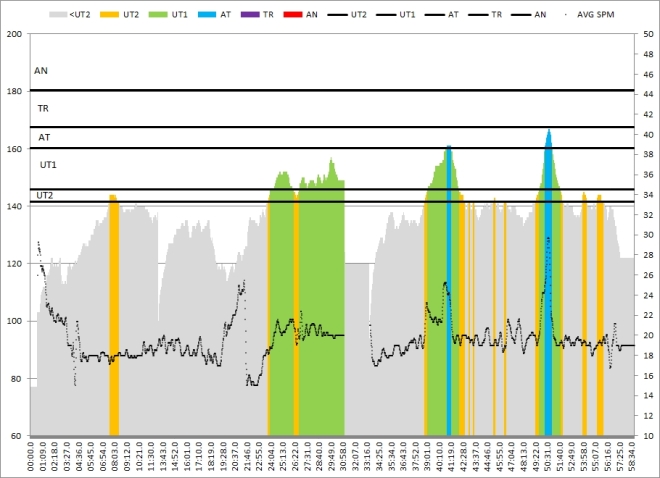 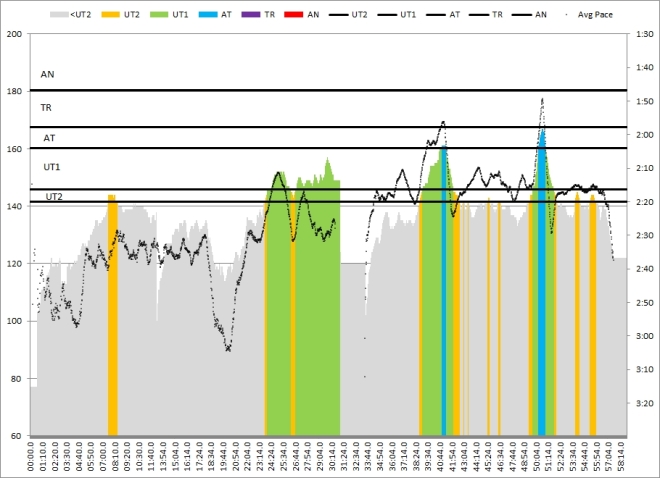 We did pause drills around the 17 minute mark and we did a few higher rate bursts. Today I stickered the boat name to our new double. I will keep it secret until Saturday’s christening ceremony.

In next week’s races, I agreed to race the double with Michal, so today we took the double out for a row. It was relatively flat water on the lake, for the first time in ages. I gave Michal the choice between a 3km/2.5km/2km or a steady state row. He chose the first one.

He has only started to train again recently. It showed. He became tired relatively quickly. 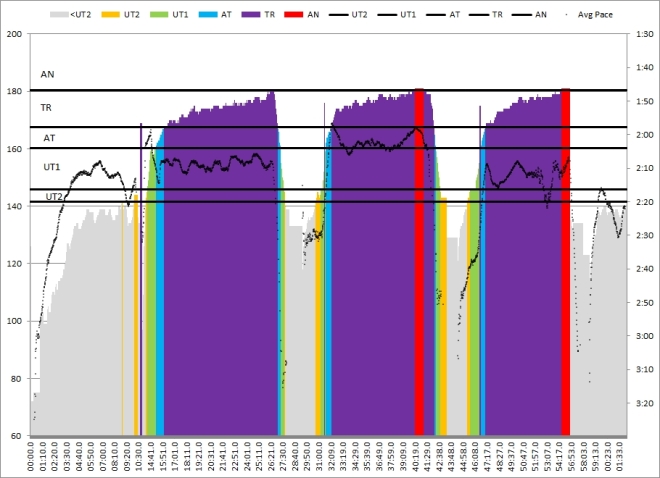 Still a good workout. In the first interval, the 3000m, we had to do a hard stop about a minute into the row, because a single had decided to turn and didn’t see us coming. We also had wake of three motor boats. Two coach launches and one motor boat with guys from the sailing club taking their kids for a ride. These were the worst, because they didn’t slow down for us and were basically doing circles on the lake.

And finally another nice picture from last weekend’s racing:

Pyramids to Castle (and back)

Heavy day at work. We had the “regional” (Europe, Middle East, Africa and India) president of Honeywell visiting us and I had to present Advanced Tech to him. I think it worked out well but I found myself in my office at 4:30pm not able to do anything productive any more. Energy draining.

It was windy again and the lake was full of waves, so I decided to do the workout on the river part. More people had that idea. I ended up chasing, then being chased by our 16 year old single sculler and two pairs.

The workout was the Pete Plan Pyramid. I have a 2km race in a week and a half, so I thought a bit of 2k speed work would be appropriate:

Since I have my new wing rigger, I had the feeling my left scull has a slightly too large blade angle. Something was not feeling right and I felt that I ended up holding the left handle with a too tight grip. So on Monday I measured the oarlock angle and indeed found it to be at 5 degrees instead of 4. So I corrected.

During the first 750m I suddenly found myself wondering about my left oarlock again so I looked. To my horror I discovered something worse. The pin had come slightly lose and was wiggling slightly.

That made it hard to do the rest of the workout at full pressure.

On the other hand, I thought, I need to train not to dig too deep and too strong, so this would be good exercise. Still, one ends up a little insecure, so I was going at slightly slower stroke rates.

For real 2k speed work I need to get the rate up to 32spm. 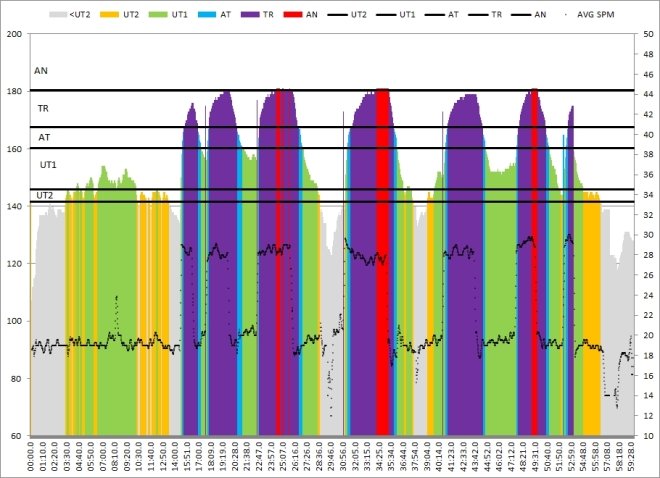 Here is the castle at the turn around point: 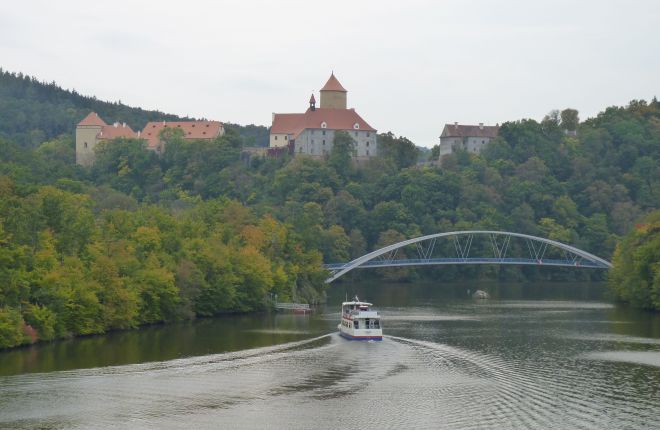 So after the training I spent some time tightening the pin, measuring the outboard and setting (back to were I started) the oarlock angle. Apparently, when I got my new wing and mounted the oarlocks, I didn’t tighten this one enough, and it started to work with the first row, slowly getting more and more wiggly …