I did one of the steady state sessions of the SAHRC (Stuck at Home Rowing Club). It was nice and sunny weather, but cold. I rowed on the static erg on my terrace.

The session was 4 rounds of the Concept2 “Darts Game“. It’s a fun game that rewards stroke to stroke consistency. I settled for 20 SPM and a very easy 2:05 pace, but in each round I found myself gradually speeding up. My high score was 14250, and I am determined to improve on that. You get 50 points when you hit the bull’s eye, and each game is 300 strokes. I felt failure with every stroke that was 25 points. To make things worse, the 25 point strokes seemed to come in pairs.

It’s a great way to achieve total focus, though. And I needed that. My day job is in the Aerospace sector, and that’s not a fun industry to be in right now. I talk to a lot of people who are in very tough situations. It does help to put in perspective the personal impact and the impact on my group of people, but it’s still tough sometimes. 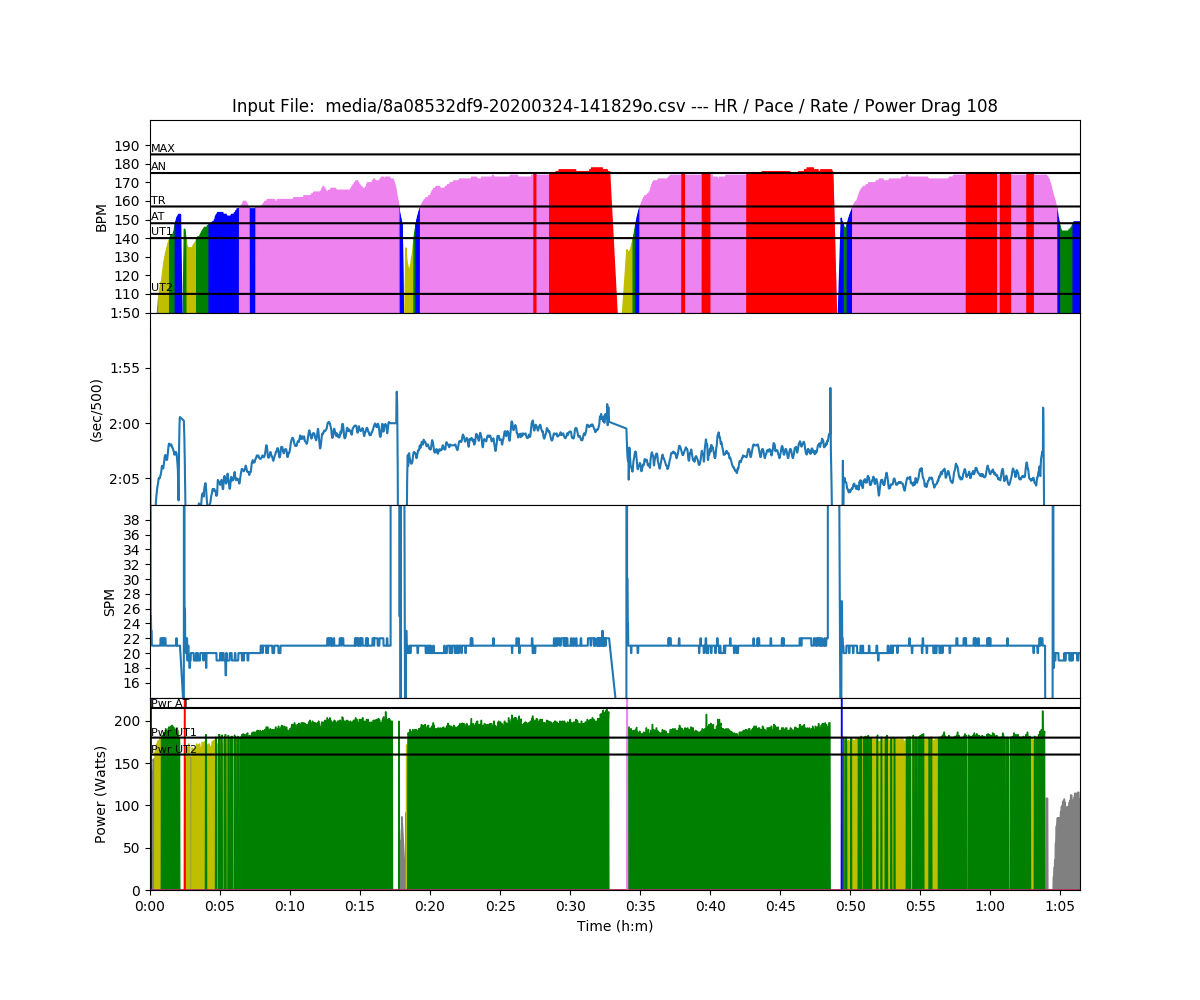 This is the chart. That is four rounds of darts games. The high score (14250) is the last one. You can see where I lost points on the other rounds. A bit worried about my heart rate being so high. Morning pulse is a stable value between 45 and 50 beats per minute, though. So I think I am OK.

Another tough day in “the home office”. I am starting to forget what my “office office” looks like. Luckily, I managed to set out a 2 hour window for some daylight exercise.

The original plan was to do an interval session on the erg. However, just 30 minutes before my exercise window, my new trail running shoes were delivered: 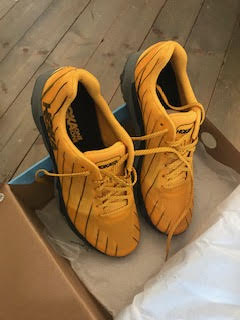 These are “Hoka One One Torrent“. So I had to take them for a spin. “Time to Fly” is the Hoka slogan, and that inspired me.

I am hesitating to write about running outdoors. I know that in some countries even that is forbidden now, and I know how jealous I get when I see people posting about their rowing on lakes and rivers. However, the current lockdown seems to be effective, and no stricter measures were taken (so far), so we are allowed to go out “for fresh air” (with no range specification) as long as we cover nose and mouth and keep 2 meters distance from other people. The following photos were taken during the run and they were typical, so you can see I complied: 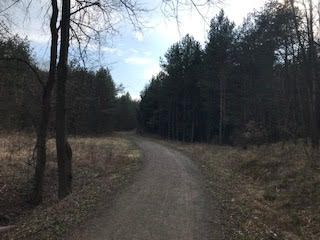 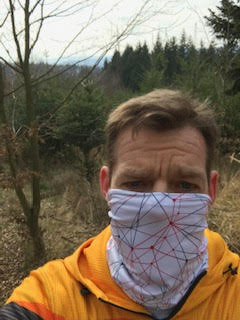 Something went wrong with the GPS tracking in the first half of the run, so I only have the track for the second half:

When I returned home, my youngest son was doing his body weight workout on the garage roof / terrace. I tried to take a picture of him in action, but he refused, so this is the only photo I got: 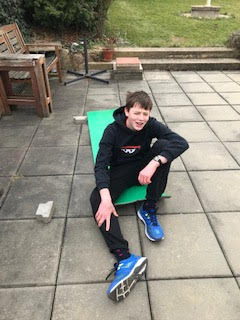 Rowing with Snowflakes The Good, the Bad and the Ugly