A week in Phoenix

Just a mish mash workout in the hotel gym in Atlanta. They had new technogym equipment with virtual runs/hikes/rides. So I rode a bike for 10 minutes “in the Provence”, then I hiked “in Utah” and then I ran “in Tibet”. It’s actually much more pleasant to have the video of an outdoor ride/run/hike in front of you. Makes those long indoor running minutes go by much faster. After that I played with the weights. I think I got a good workout in, judging by the muscle soreness the next day.

I spent the rest of the morning working from my hotel room, then had lunch in central Atlanta before I drove to the rental car return, took the train to the airport and took a flight to Phoenix.

A long day full of meetings. I did not work out.

The Desert Vista trail head, which had been in reconstruction the last time I was in Phoenix, was open again, so before dawn I hopped in the car, drove the five minute drive to the trail head and did a nice run in the desert. Much better than Technogym virtual runs. 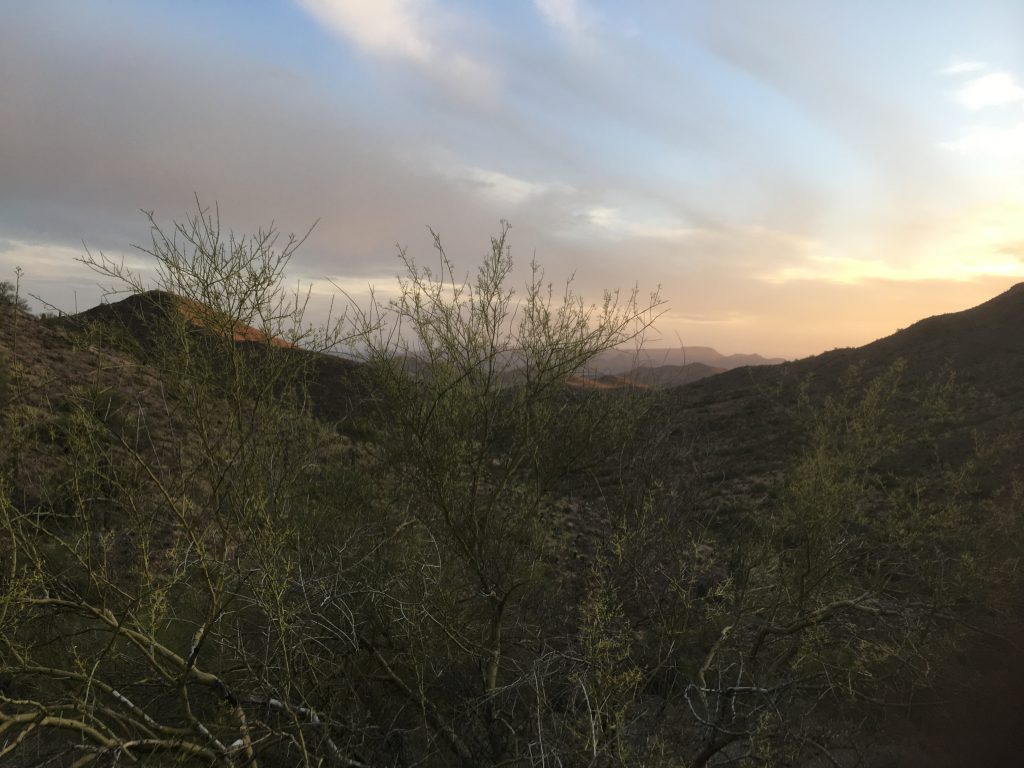 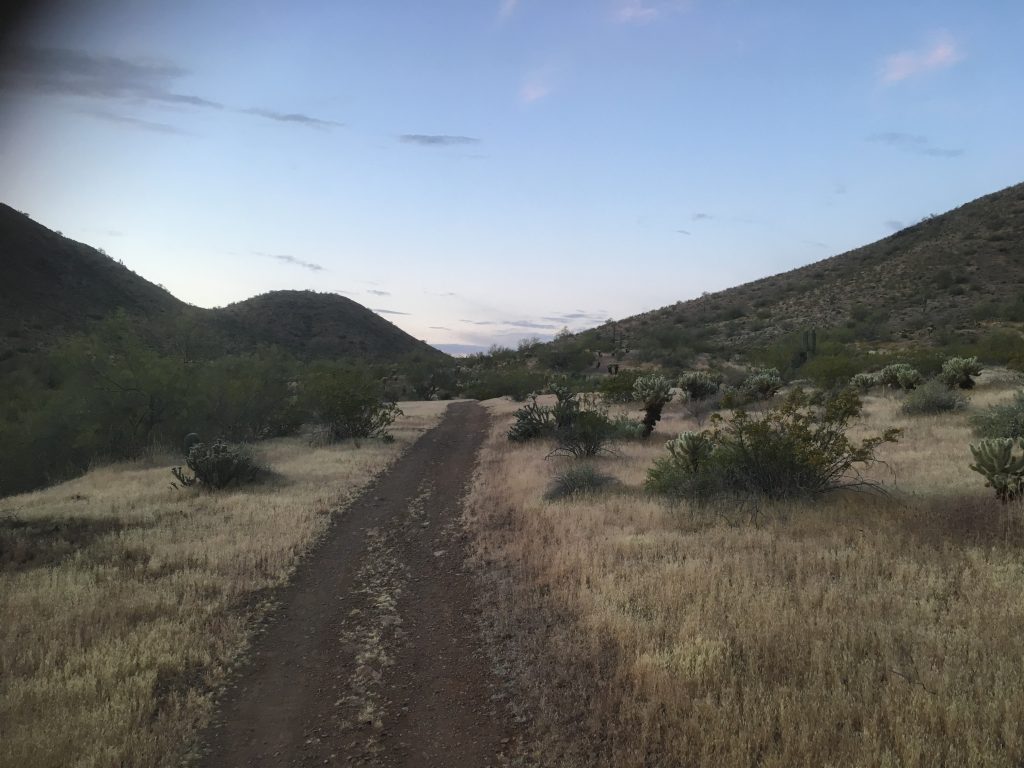 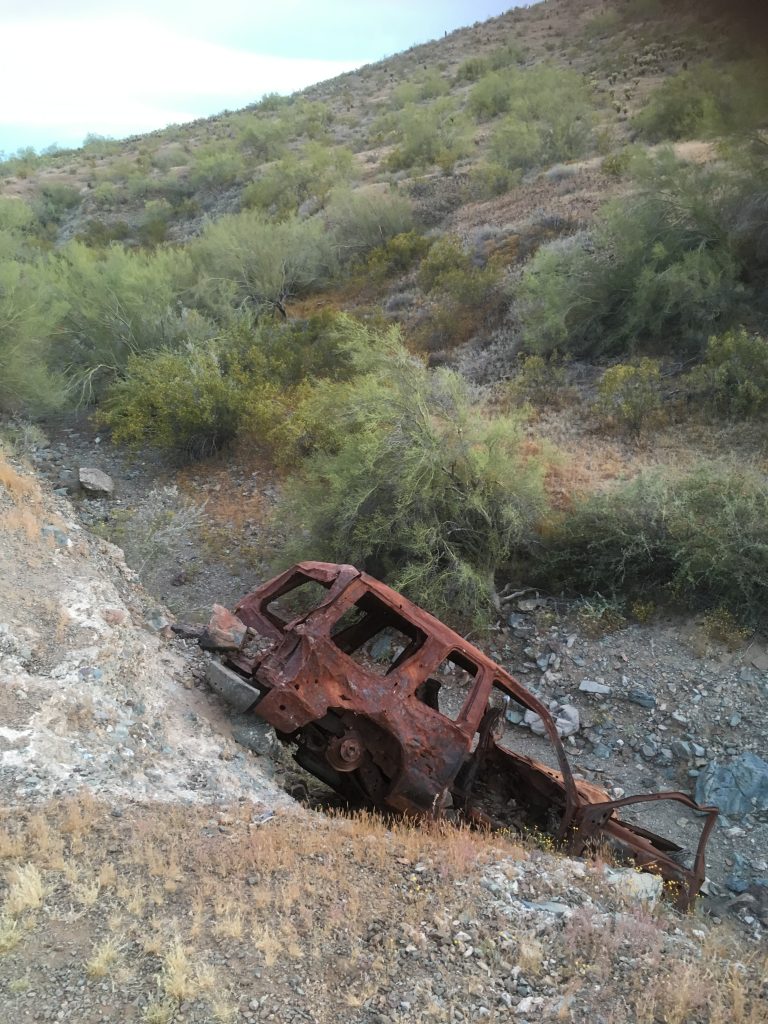 I always wonder what the story is behind the rusty car.

See Tuesday. It’s great to run outdoors. It’s even greater to see the sunrise in the desert. And the best bit is that it’s good to be out in the nature when the rest of the working day is spent in windowless meeting rooms. 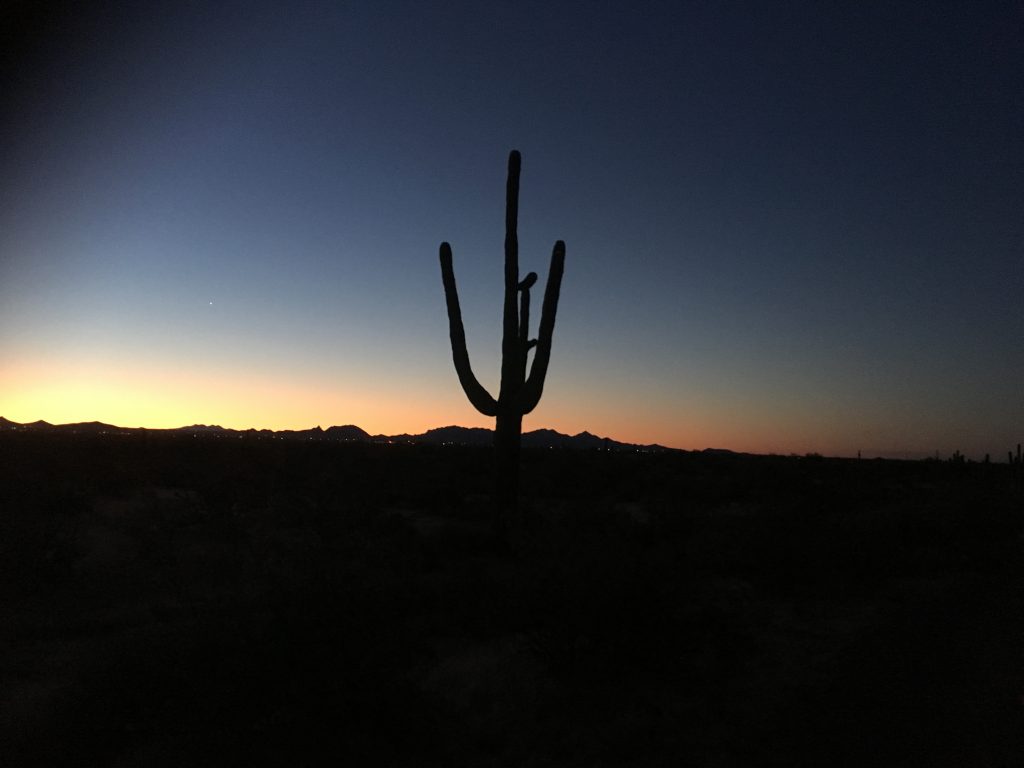 The Strava title of my run, is a Dutch word play. Skip the followin paragraph if you’re not interested in an incredibly boring explanation of my word play.

“Wadlopen” is best translated as mud flat hiking. Wikipedia: “Mudflat hikers are people who, with the aid of a tide table, use a period of low water to walk and wade on the watershed of the mudflats, especially from the Frisian mainland coast to the Frisian islands.” And “de hei” is “the heathland”. So literally the title is “mud flat hiking on the heathlands”, but when you say it, it sounds like “Wat lopen op de hei”, which means “a bit of running on the heathlands”. I guess I found it funny to call a desert run like that.

You can start reading again.

Well, actually, my meeting room on Wednesday did have windows. I joined my team doing flight testing. It was great. We flew to Winslow for some testing of traffic alerts, so the tests involved both the Dassault Falcon as well as a King Air. After Winslow, we went to Wickenburg (which had fewer clouds) to do some testing of a new function that is active during the descent phase. Did four go arounds. I love it, but it’s not for everyone. 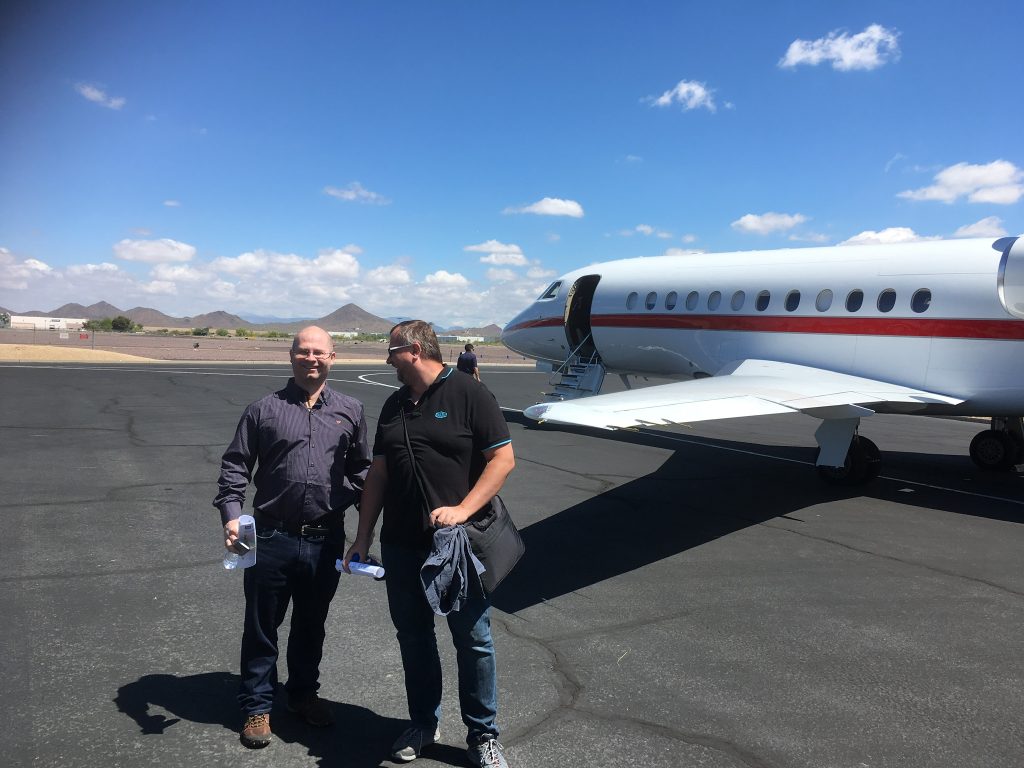 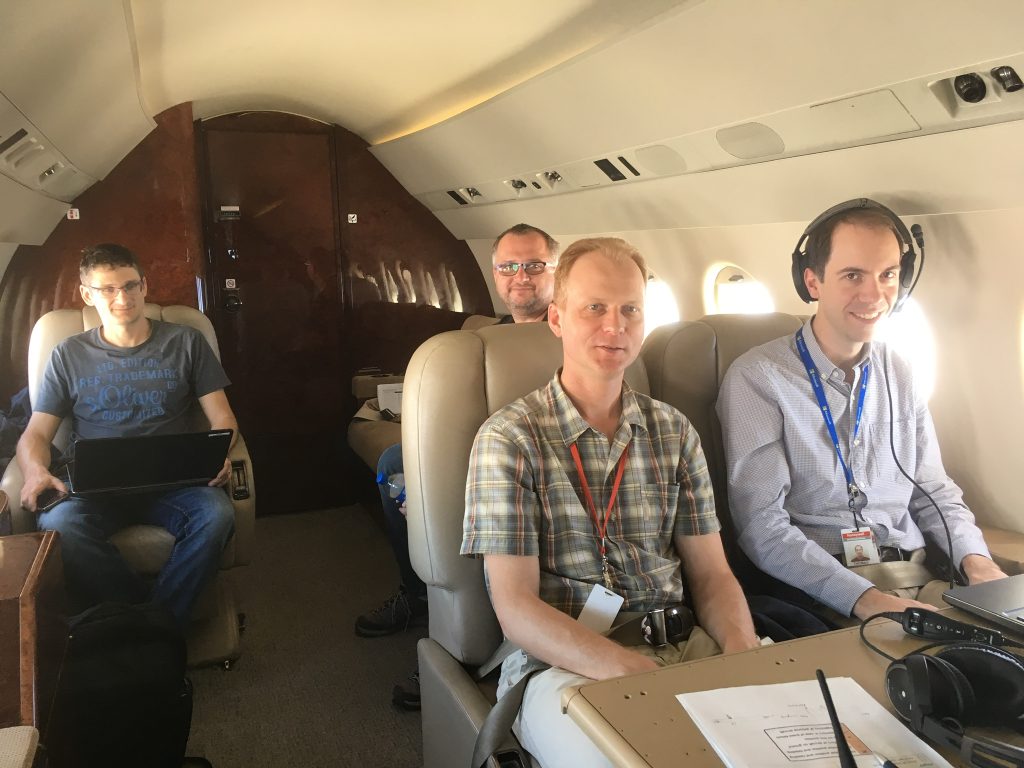 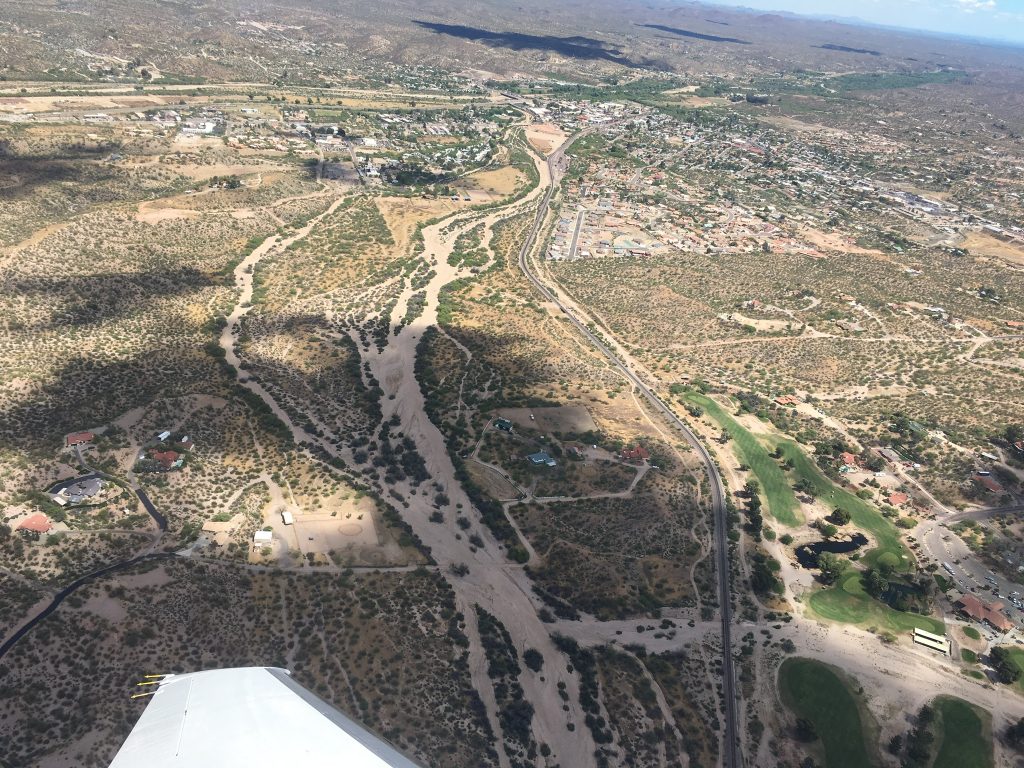 The picture above is taken during one of those go-arounds above Wickenburg. After all the tests were done, Petr, our flight test engineer, went to the back of the plane and I got to sit on his place in the cockpit during the approach and landing at Deer Valley airport in Phoenix. 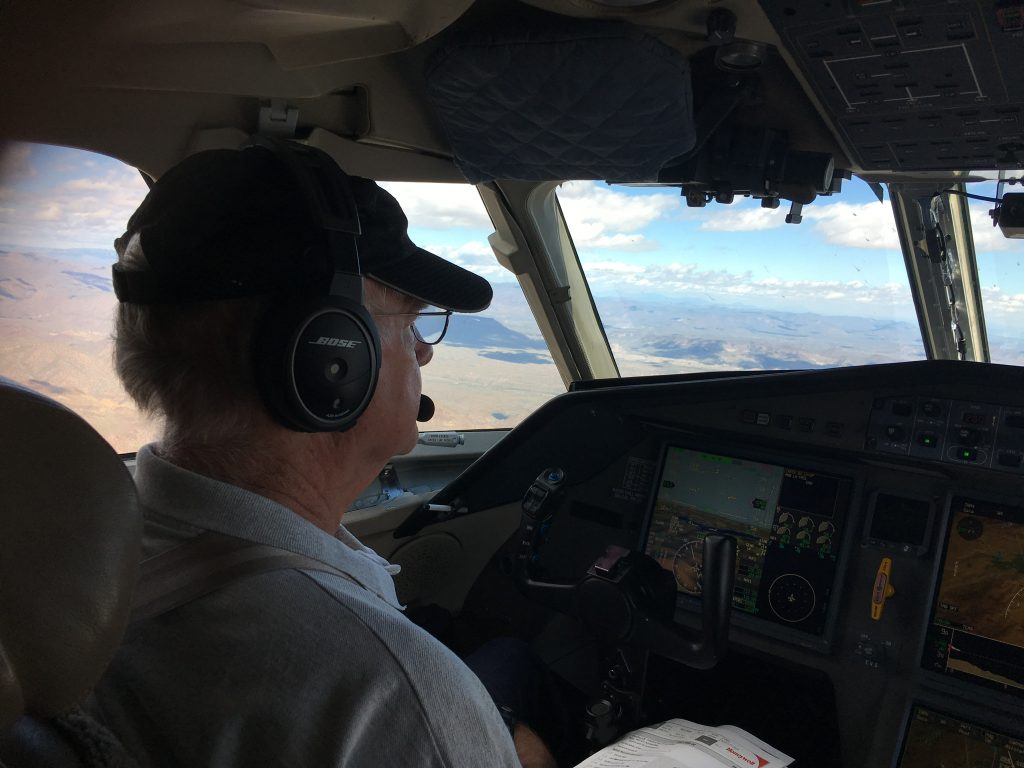 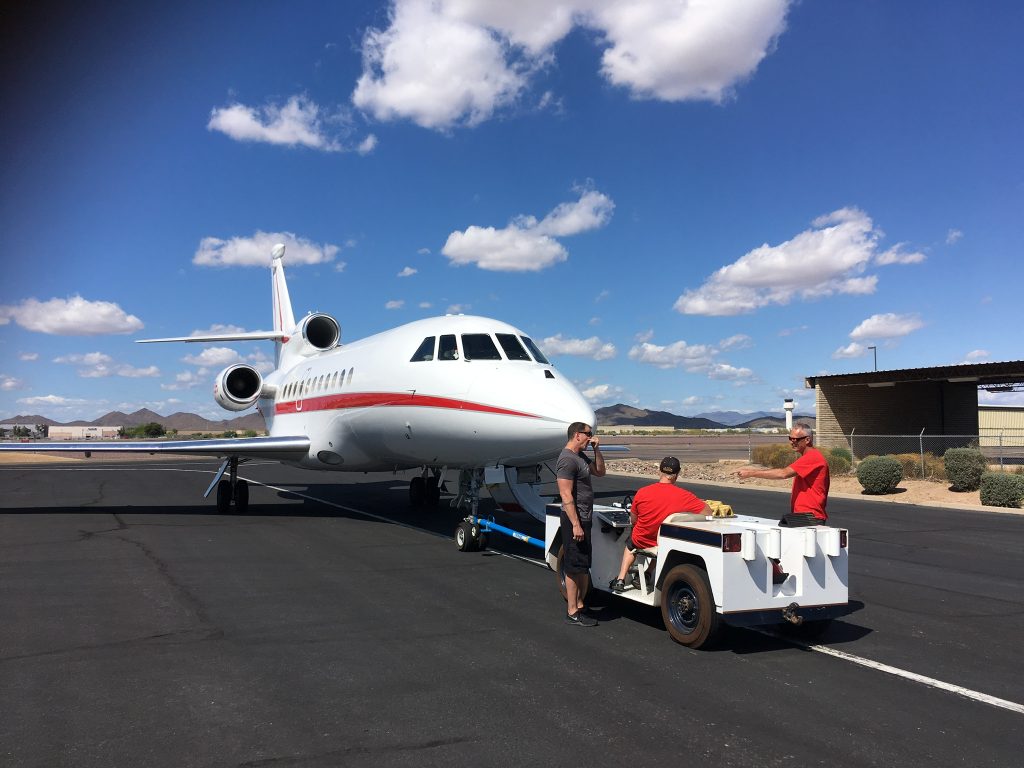 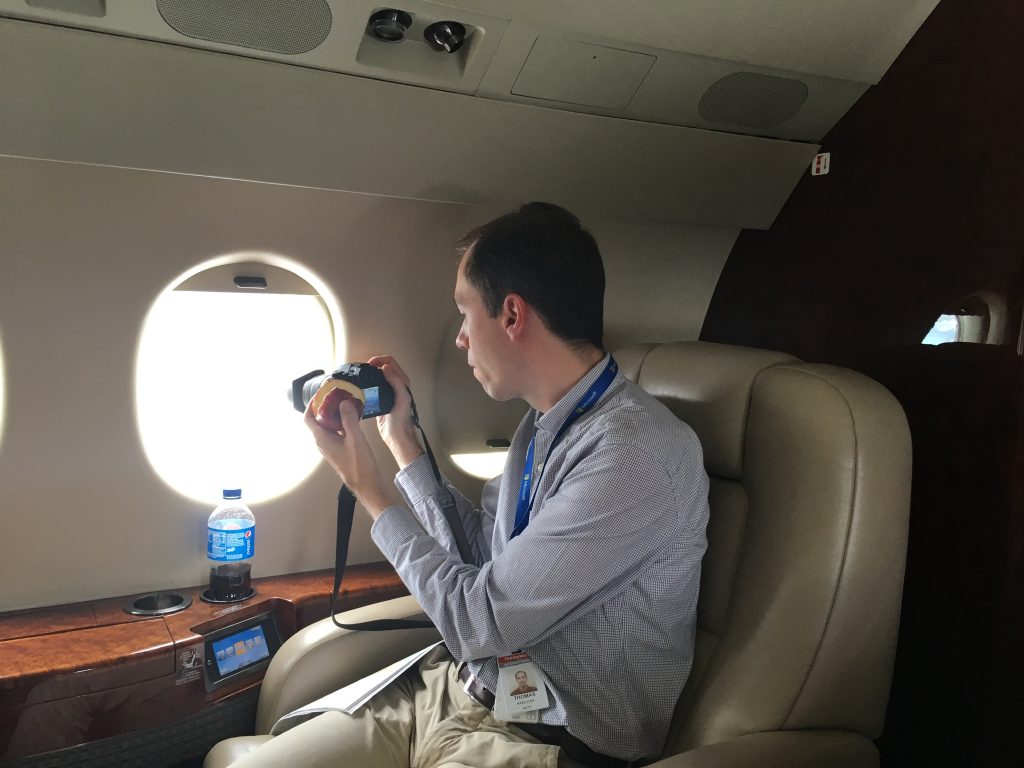 I took my team out for dinner in the evening. I am really proud of them. They have done a five week campaign here in Arizona, with excellent and important results.

A long day in the office, and this time it started really early, so I had to skip the morning run.

My final morning run, and because I wanted some change. and because it was my birthday, I drove a little further. The Apache Wash Trail Head is a fifteen minute drive from the hotel. The loop there is nice because it’s flat.

It was a beautiful full moon, and at the end of the run I witnessed the launching of more than 15 hot air balloons: 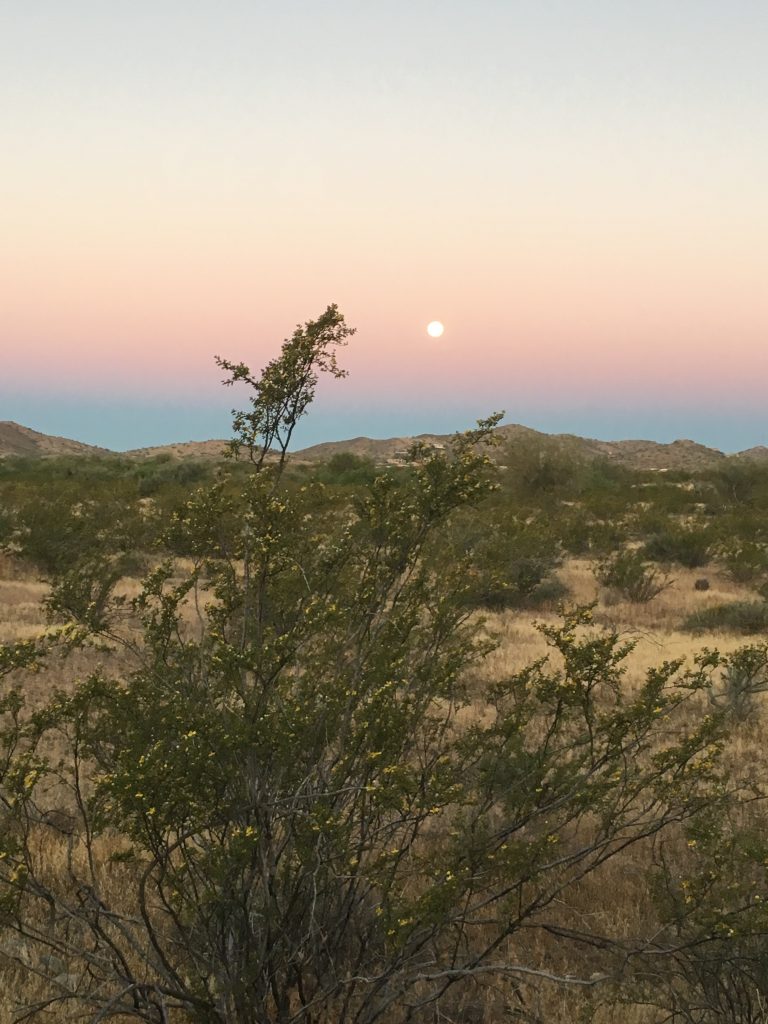 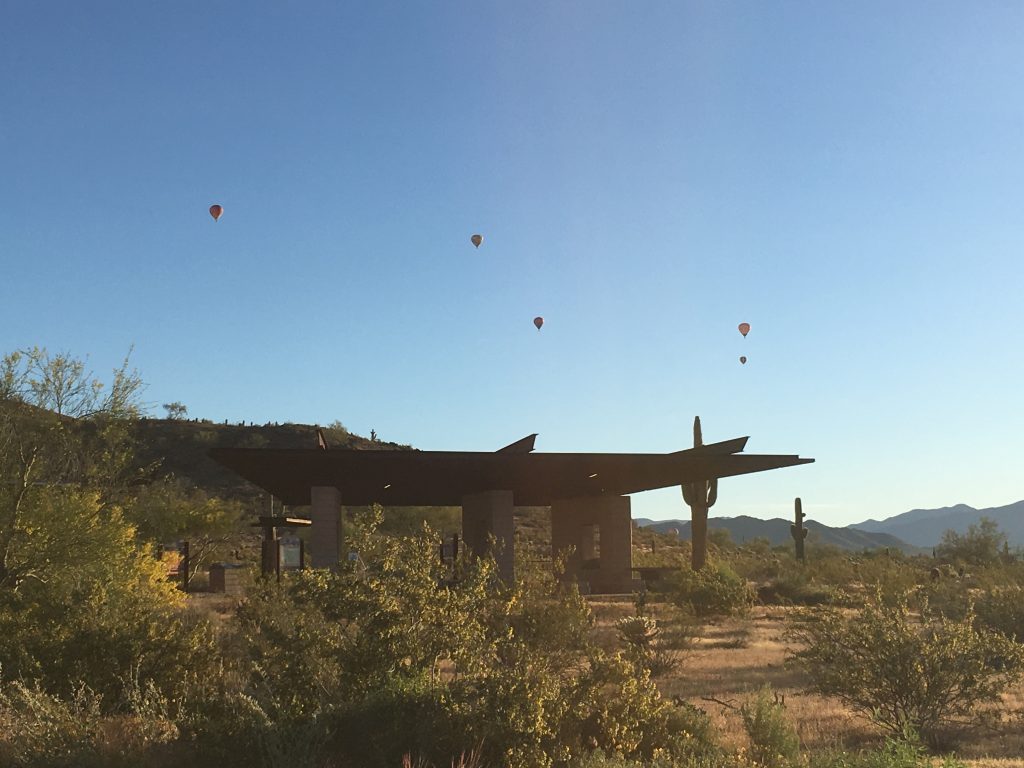 Then, work in the office and in the afternoon I headed to the Phoenix Sky Harbor airport. British Airways brought us to London in probably their oldest Boeing 747 (I slept most of the time, so I wasn’t too upset that my little screen didn’t function). We camped for about an hour at Heathrow Terminal 3, and then we took the BA flight to Vienna, where the company driver was waiting for us. At home at 9:30 pm. Spent a few hours chatting with Romana and the kids, then went to bed.

Garden work. Then two hours of light cycling. Romana, Robin and I rode to Bilovice nad Svitavou, where we had a lemonade, and then back. This evening, we’re going out to Koishi, one of the best restaurants in this country, to celebrate the birthday of my daughter Lenka, as well as my own birthday.

Georgia on my mind A week of doubles