More traveling – the voice of the water

I flew to Brussels and ended up doing some work in my hotel room, too lazy to go find a swimming pool or hit the hotel fitness.

I did hit the hotel gym and it was a good 90 minutes session. Not bad. Weights training mainly but I did a long warming up on the treadmill and elliptical.

After my meetings in Brussels, I took a train to Antwerp and had dinner with my sister. I staid over at her place, taking the opportunity to do some laundry as well.

No training. I took a train to my parent’s place. It’s quite a long ride from Antwerp. First the Benelux train to Amsterdam Schiphol Airport and then an intercity train to Enschede.

It was a nice trip though. I liked watching the familiar flat landscape, and crossing the big rivers between the South Netherlands and the North Netherlands is always spectacular, especially the wide river at Hollands Diep (Rhine and Meuse estuary).

It was my mother’s birthday, and we had a good time chatting on the terrace in the autumn sun. We also went for a 2×40 minutes hike, interrupted by a tea break, and we had dinner together.

I said goodbye to my parents and took a train to Zoetermeer, close to The Hague, to visit Ele Jan, an old rowing friend, and his family. In the afternoon we went to the Rijnland rowing club, now on a new location, and went out rowing. Ele Jan, Ad and myself. We took a C 3x, a boat type that I haven’t seen outside The Netherlands. It’s basically a touring type boat, wider and heavier than a standard shell. These boats are sturdy. They are not exactly coastal boats. Here’s a picture of a typical C boat:

It was good we took the C boat. It was a glorious, sunny Sunday afternoon, and about everyone in Leiden, Voorschoten and Leidschendam were taking their motor boat for a tour. We were constantly washed by their wakes, and we needed the extra stability of the C boat to be able to row through the waves.

On Monday I took a train to Vught where I would take part in a three day management training course. I went for a run on Tuesday morning but didn’t do anything on Wednesday.

It was quite dark at 6am, so I had to stay on the town streets and couldn’t run in the forest.

On Wednesday evening I took a train to Amsterdam. Took another picture of a river crossing from the train. 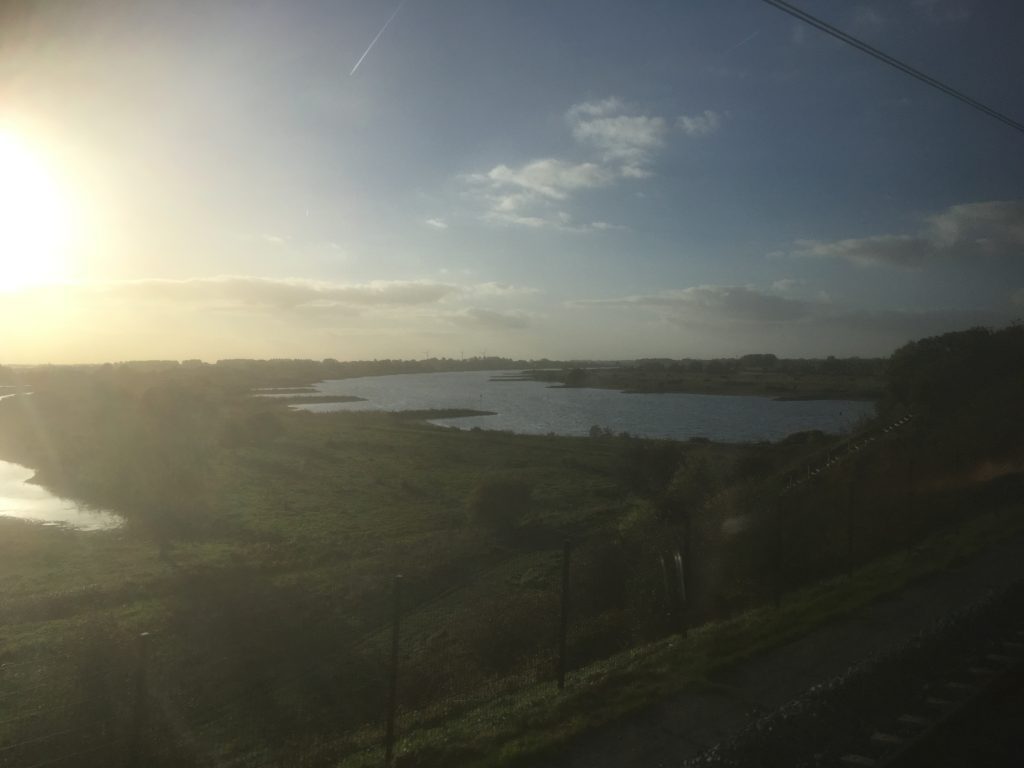 Thinking of Holland
I see broad rivers
languidly winding
through endless fen,
lines of incredibly
tenuous poplars
like giant plumes
on the polder’s rim;
and sunk in tremendous
open expanses,
the farmsteads scattered
across the plain:
coppices, hamlets,
squat towers and churches
and elms composing
a rich domain.
Low leans the sky
and slowly the sun
in mist of mother
of pearl grows blurred,
and far and wide
the voice of the water,
of endless disaster,
is heard and feared.

On Thursday, I traveled back home to Brno. In the afternoon I had time to get in a nice Head Race preparation session. It was more or less free form, but the core part was alternating 30 strokes at head race pace with 30 light strokes.

I had forgotten to change the battery in the oarlock, so the power data stopped about 4km before the end of the row. 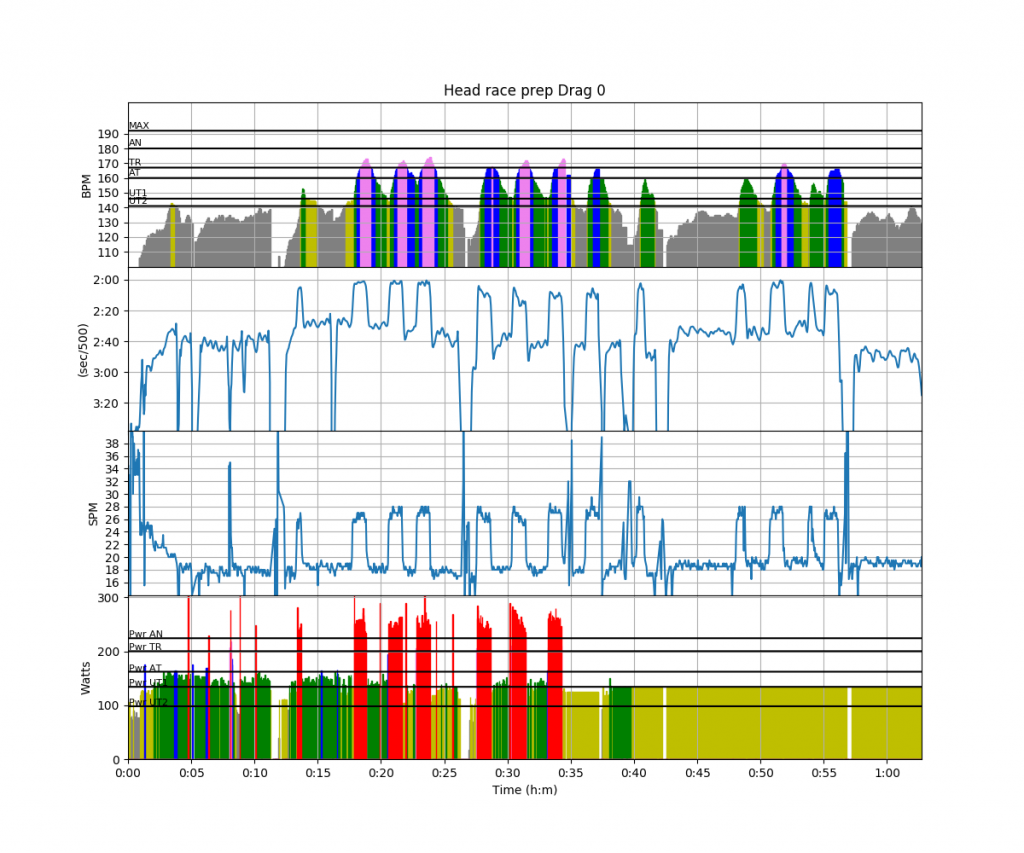 After the row I prepared my boat for transport and loaded it on the trailer.

No rowing on Friday. A rest day before race day.